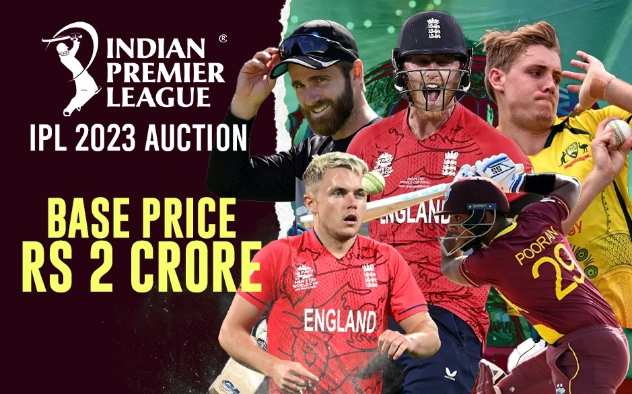 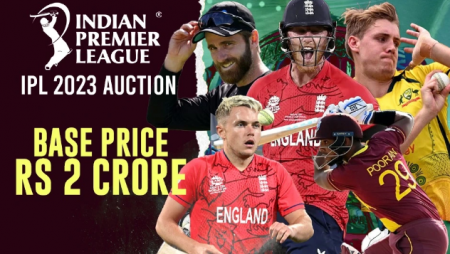 IPL 2023: Players having a basic price of 2 crore. For the first time, no Indian player is named in the Rs 2 crore reserve price range.

The highly anticipated IPL 2023 auction list was release on Thursday, December 1st. With 991 players putting their names in contention for the player auction in Kochi later this month. While 21 players were place in the highest reserve IPL 2023 price category of Rs 2 crore. No Indian cricketer include for the first time.

All-rounders are a great asset to their teams, especially in the game’s shortest version. It’s no surprise that top all-rounders like Ben Stokes, Sam Curran. Cameron Green have been include in this exclusive group of players. Stokes, who led England to victory in the T20 World Cup final against Pakistan last month. Expected to fetch a premium price at the next auction.

Meanwhile, his compatriot Sam Curran improved his profile tenfold in the ICC event in Australia. Where he was crowned tournament player. Curran, who previously playe for the four-time IPL champions CSK is expect to draw multiple offers at the auction. However, it is probable that the young trailblazing Australian all-rounder Cameron Green will start a bidding battle during the auction on December 23.

In addition to the aforementioned talents, Australia’s hard-hitting Chris Lynn makes the list. Kane Williamson, Adam Milne, and Jimmy Neesham of New Zealand are all in the top pricing bracket. England’s Tom Banton and Phil Salt may go unnoticed. They will be valuable assets to any team in the tournament. Nicholas Pooran, the recently fired West Indian captain, also made the list and is expected to fetch a high price at the mini-auction.

Also Visit: The BCCI requests selectors form a pool of players for the competition

Players with 2 crore base price: