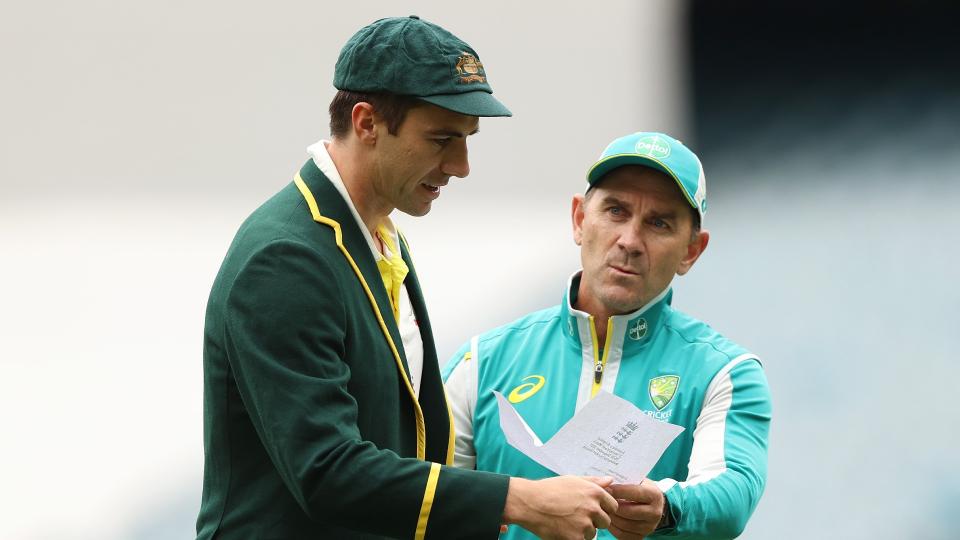 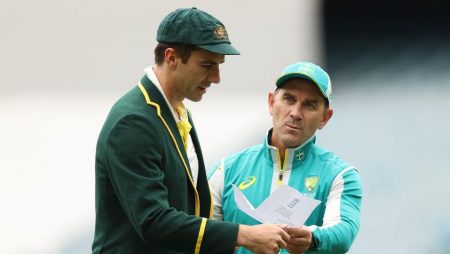 Pat Cummins responds fiercely to Justin Langer’s accusation. In a recent interview, Justin Langer stated that he was harmed by “cowards” who leaked information about him.

Australian captain Pat Cummins addressed Justin Langer’s recent appearance on the Backchat Podcast. In which the latter claim he was harm by “cowards” who leaked against him from the dressing room during his tenure as head coach.

Langer’s interview had become a talking topic ahead of Australia’s home Tests against the West Indies, and Cummins had responded strongly to it during the press conference.

“There are no cowards in an Australian cricket squad, ever,” Cummins said, according to ESPN Cricinfo.

Cummins also indicate that he would never expose the dressing room chats and express his unhappiness with the attention being drawn to it.

“I would almost never reveal private discussions. I think it’s regrettable that the spotlight occasionally shifts to off-field matters, but it hasn’t really impacted our squad.”

Langer then explained that he considered the players as “like his siblings,” which drew attention.

Also Visit: The weather is not in our hands: Arshdeep Singh

Think there was no malice in what he was attempting: Pat Cummins

Cummins stated that Langer’s later clarification excellent and express thanks to the latter. He expressed his joy at how the Australian players had remained focused on the game over the previous year despite several challenges.

“I don’t believe there was any malice in what he was trying to accomplish, and he explain later,” Cummins remark at Optus Stadium, where the ‘Justin Langer Stand’ was visible in the background.

“I believe he thought about it and explained it, so I applaud him for that. But we’re quite please of the previous 12 months, of how we’ve presented ourselves, performed, and carried ourselves. Players can certainly keep their heads held high “He continued.

The first Test between Australia and the West Indies begins on November 30 at Perth’s Optus Stadium.