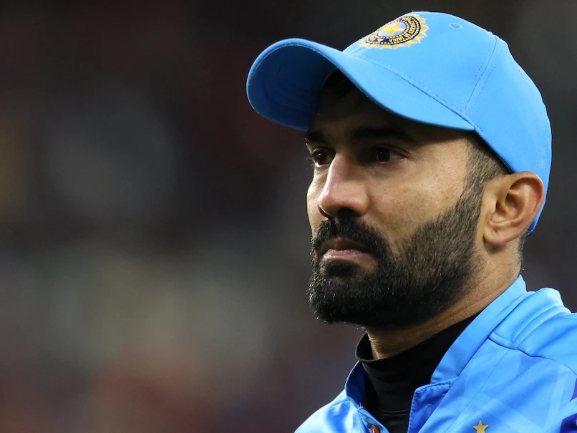 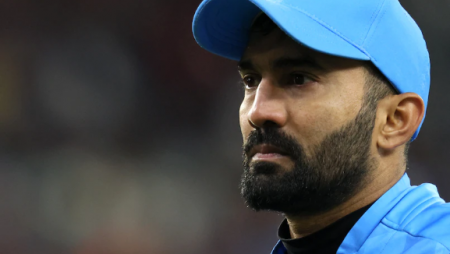 After being ousted in the 2022 T20 World Cup semi-finals. Team India advance in the white-ball series against New Zealand despite the absence of Rohit Sharma, Virat Kohli, and KL Rahul. Hardik Pandya captained the Indian team in the T20Is. Where weather wreaked havoc on many occasions as the visitors won the series 1-0. However, Team India lost their first ODI match on Friday before the second call off due to rain on Sunday. In the first match, skipper Shikhar Dhawan scored 72 runs and had a big 124-run partnership with Shubman Gill.

Veteran India wicketkeeper-batter Dinesh Karthik praise Dhawan and state that he will be a definite selection for the 2023 ODI World Cup.

“I believe so.” From what I’m hearing, he’ll be a World Cup starter. They wouldn’t have him if he wasn’t needed. He’s in his 30s, and they could have easily moved on from him. “The fact that they have him shows that they are very keen on having him in the ODI team. ” Karthik said on Cricbuzz.

“He has been a standout performer in ICC events. Someone who rises to the occasion and regularly plays at a high level. ” Even in the 2019 World Cup, he perform admirably until being hurt. So, unless something drastic changes in terms of his form completely falling off, he is someone you can rely on,” he added.

Dinesh Karthik went on to say that Dhawan can be trusted as an opener because he understands his game plan.

“He is a reliable opener who understands his game plan.” “He utilizes the crease extremely effectively, he has everything to play for, and most importantly, it will be another opportunity for him to lead a team before the IPL, which he will be looking forward to,” Karthik added.

Apart from leading Team India, Dhawan has been named the captain of Punjab Kings in the Indian Premier League for the 2023 season.

In the second ODI, India were 89 for one when play call off. Shubman Gill on 45 and Suryakumar Yadav on 34. After a first weather interruption suspend play for over four hours, the match was trim to 29 overs, with India on 22-0 after 4.5 overs.

When play resume, eight overs were bowl before rain force the players back to the pavilion and no more play was possible.

New Zealand leads the three-match series 1-0 after winning the first game in Auckland by seven wickets on Friday.