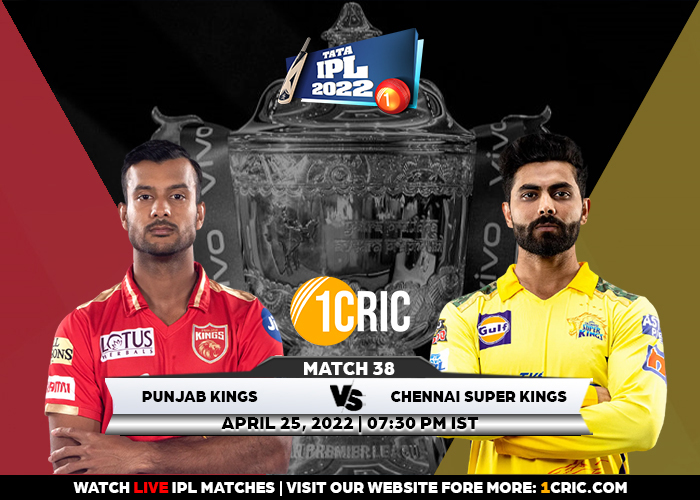 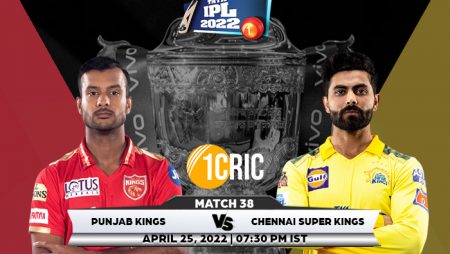 In their next match, the Punjab Kings will face the Chennai Super Kings at Wankhede Stadium in Mumbai. Punjab Kings had been absolutely smashed in the last game; having been all out for just 115 runs and losing by nine wickets with more than nine overs to spare. The concept of going into the game with six batters and five bowlers did not work out; and they will need to strengthen their batting lineup, which has been inconsistent at times. They are likely to make alterations to their starting lineup and will try to bring in Rajapaksa; who has shown early promise.

The Chennai Super Kings, on the other hand, beat the Mumbai Indians in their previous game; because to an outstanding finale from MS Dhoni, who turned back the clock. With the addition of Dwaine Pretorius, the bowling looked to be in order; and Mukesh Choudhary was brilliant with the new ball. They are expected to use the same lineup for the upcoming match.

see also: ‘We’re getting tears in our eyes,’ says Aakash Chopra of Virat Kohli’s struggles in the IPL 2022.

The hitters have started to benefit a lot at Wankhede Stadium, and the most recent game; there was a high-scoring thriller between RR and DC. Fast bowlers have struggled to get anything out of the wicket; and the dew factor has begun to play a role as well. Based on recent results, the captain who wins the toss will try to bowl first once more.

Robin Uthappa is the most likely batter of the match.

This season, Robin Uthappa has been among the runs in most of the Chennai Super Kings’ games; and his performance has been a significant plus for the team. The right-hander can easily clear the ropes and has already contributed to key match-winning innings this season. In the last game, he scored a 25-ball 30 and will be; hoping to repeat the feat in the forthcoming match.

read more: Boria Majumdar is likely to face a two-year suspension in the Wriddhiman Saha case.

Dwayne Bravo is the most likely best bowler of the match.

Dwayne Bravo has been outstanding when it comes to bowling the tough overs for his team; and the all-rounder continues to deliver despite the fact that he is getting older. He went 2 for 36 in the previous game against the Mumbai Indians, and he will be essential to CSK’s long-term success.

Chennai Super Kings to win on Prediction for today’s match

Check out our most recent IPL points table 2022 update to learn more about team analysis.

Disclaimer: This expectation is based on the understanding, examination, and intuitive of the creator. Whereas making your expectation, consider the focuses said, and make your possess decision.