Rohit Sharma now has more T20I wins as captain than MS Dhoni in a calendar year. 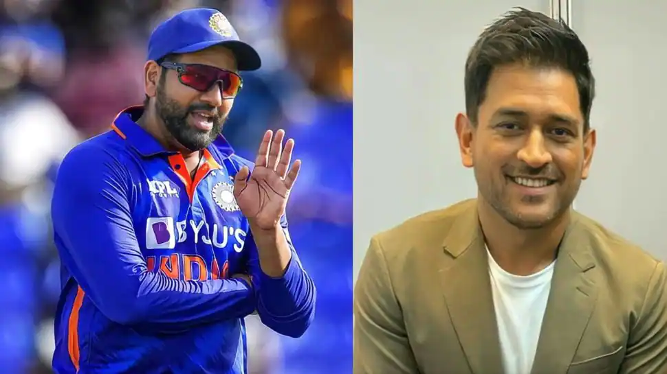 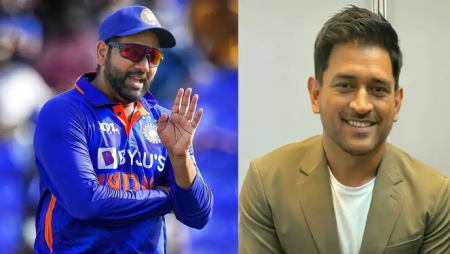 Rohit Sharma now has more T20I wins as captain than MS Dhoni in a calendar year. After defeating South Africa in the first T20I on Wednesday, September 28. Rohit Sharma surpassed former India captain MS Dhoni for the most wins in a calendar year. Dhoni set the record in 2016, when he led the team to 15 victories in the game’s shortest format. Sharma surpassed him as he led India to their 16th victory under his captaincy.

India took a 1-0 lead over South Africa after winning the first of three T20Is. IND hosted Australia for three Twenty20 Internationals before inviting South Africa to a bilateral series. In which the Men in Blue broke Pakistan’s record for most wins in a calendar year. India won the series 2-1 with a 2-1 victory over Australia in the third T20I. India surpassed Pakistan with their 21st T20I victory of the calendar year. After beating South Africa, the streak was extended to 22 games.

Speaking of the first T20I between India and South Africa. The match’s tempo was set in the first innings by young pacer Arshdeep Singh. who startled the South African dugout by taking three wickets in the first over of his spell, which was the game’s second over, before Deepak Chahar gave India a flying start by dismissing skipper Temba Bavuma for a duck in the very first over.

Arshdeep Singh dismissed opener Quinton de Kock for a run on the second ball of the over, while Rilee Rossouw and David Miller were out for golden ducks on the fifth and sixth balls, respectively. The young speedster led India’s pace attack and took three big wickets in his first over.

Chahar returned for his second over and contributed to India’s ongoing celebrations by dismissing South African youngster Tristan Stubbs in the third over of the game, reducing the visitors to 9/5 in just 2.3 overs of the first innings. Wayne Parnell and Aiden Markram attempted to fight back, but were unsuccessful.

After a successful DRS, Harshal Patel trapped Markram in the eighth over and forced the umpire to overturn his original decision of not-out, and Axar Patel quickly sent Parnell back to the pavilion. South Africa reached 106/8 thanks to Keshav Maharaj’s valiant knock of 41 off 35 balls in the final overs.

India got off to a shaky start, as opener Rohit Sharma walked off for a two-ball duck, and top-order batter Virat Kohli perished quickly, scoring only three runs. KL Rahul and Suryakumar Yadav then took charge of the chase, scoring half-centuries and leading India to victory with an unbeaten 93-run third-wicket stand.