Yuzvendra Chahal would be in my Test squad right away: Graeme Swann 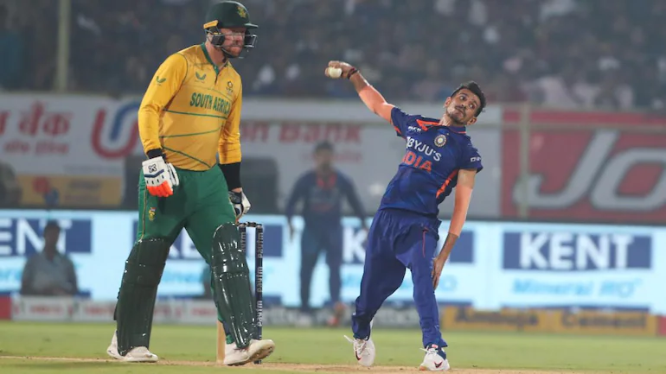 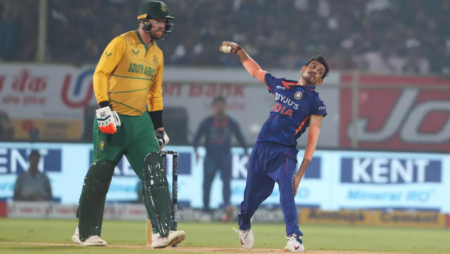 Yuzvendra Chahal would be in my Test squad right away: Graeme Swann. Swann believes Chahal is the best spinner in the world.

Former England spinner Graeme Swann said that if he were the Indian team selector, Yuzvendra Chahal would be in the Indian Test team “right away.” He considers Chahal to be a world-class bowler as well as the best spinner in the world. The Englishman admires the leggie’s control and ability to bowl in difficult conditions.

As a result, Swann believes that the best spinner is not playing in Test cricket, and he is unsure whether Chahal can adapt as well to the red ball as he has to the white ball. He believes that because of the strain on the fingers, body, and mind, some modern spinners are less drawn to Test cricket than in the past.

“I’d sit down with Yuzi and ask, ‘What is it?'” Do you want to play for India?’ “If he does, I’d have him in the squad right away,” Swann told the Times of India. “In my opinion, he is the best spinner in the world.” His control when bowling leg-spin in difficult conditions. Especially when the ball gets dew on it and wet, is incredible.”

Some cricketers have been labeled as white-ball specialists: Graeme Swann

When asked if selectors pigeonhole spinners too easily and too early in their careers, the former England spinner said, “Definitely people get pigeonholed into one or the other format and can then find it hard.” “Well, then, I guess Yuzi is the best white-ball spinner because we don’t know if he can be the best red-ball spinner.” However, it demonstrates how some cricketers have been pigeonholed into the white-ball format.”

Chahal has played 61 ODIs and 60 T20Is since making his international debut in 2016. He has played 31 first-class matches but has yet to make his Test debut. Since his debut, he has been one of the most prolific bowlers for the Indian team, taking 104 wickets in ODIs with an average of 27.44 and 75 wickets in T20Is. Swann, on the other hand, was widely regarded as one of the best off-spinners of his generation. He made his England debut in 2000 and has since played in 60 Tests, 79 One-Day Internationals, and 39 Twenty20 Internationals.