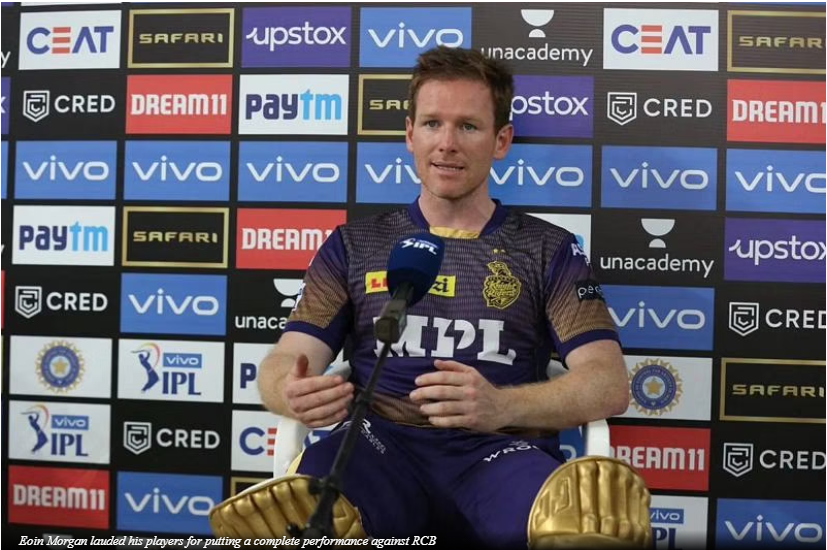 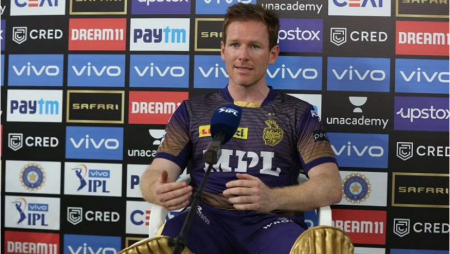 Sunil Narine starred in KKR’s triumph in Sharjah with both bat and ball. Lockie Ferguson contributed with the ball as well, as the KKR openers maintained their excellent form at the top of the order.

“He makes it look very very easy (Narine). On an improved wicket in Sharjah, he bowled outstandingly. Throughout the innings, we continued to take wickets to post the first six overs. Then in the chase, being in control the whole time doesn’t allow you to breathe as a defending side.” Eoin Morgan said

Sunil Narine returned with 4/21 and Ferguson two wickets to limit RCB to 138. KKR got off to a flying start thanks to Shubman Gill and Venkatesh Iyer, before Sunil Narine (26 off 15) and Nitish Rana helped Eoin Morgan and his teammates cross the finish line.

Therefore, To make it to the IPL 2021 playoffs, the purple brigade pulled off a full turnaround. After India’s leg, they were seventh in the points table with only two wins from seven games.

Morgan claimed that everyone came in with a goal in mind, which helped KKR earn a lot of money.

“I thought we had a chance, but the cricket we have played has surprised everybody. Everyone came with a drive to perform,” Morgan concluded.

The Kolkata Knight Riders will now face DC in Sharjah on October 13 (Wednesday) for a chance to play Chennai Super Kings in the final.

Read more: Harshal Patel says “I finally found a recipe that works for me” in IPL 2021

Visit also: Harshal Patel struck twice against the KKR to equal Dwayne Bravo’s record for most wickets in IPL 2021 season