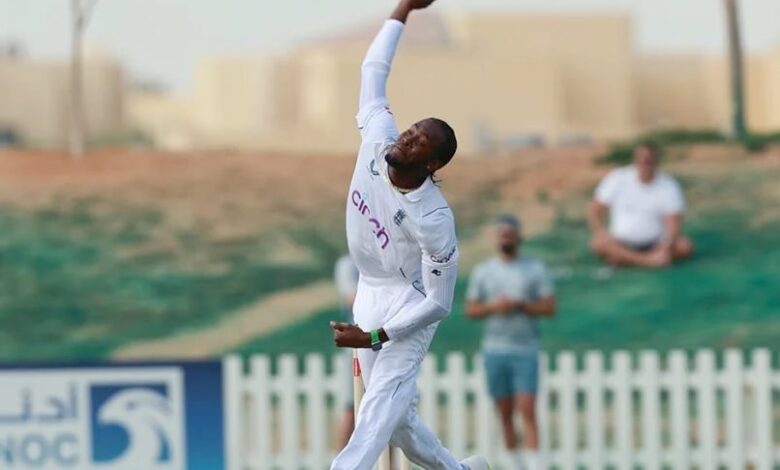 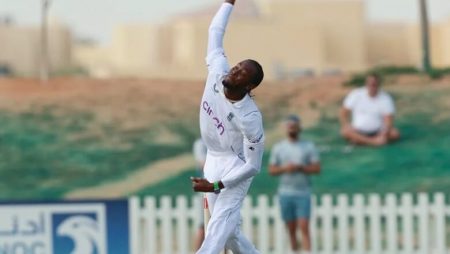 In England’s intra-squad match before of the Pakistan tour, Jofra Archer bowls full power. England’s Test squad is now preparing in the United Arab Emirates ahead of their first visit of Pakistan in 17 years.

England’s Test squad is now preparing in the United Arab Emirates ahead of their first visit of Pakistan in 17 years. The national team is now in England for a three-day practice match before departing for Pakistan later this week. Star pacer Jofra Archer, who sideline with an injury, began the bowling for the Lions on Day 1 of the practice game. According to Telegraph.co.uk, Archer bowled nine overs and finished with figures of 9-1-38-0.

Despite failing to capture a wicket, Archer caused problems for England’s openers, even hitting Zak Crawley in the helmet.

England captain Stokes, on the other hand, did not enter the field, with Ollie Pope taking his place.

Next month, England and Pakistan will play three Tests. The first Test will begin on December 1 in Rawalpindi. The second Test held in Multan beginning Friday, December 9. The final Test also held in Karachi from Saturday. December 17 to December 21 at the National Stadium.

In addition, England confirmed on Wednesday that 18-year-old Leicestershire. All-rounder Rehan Ahmed has been name to their team for the Pakistan trip.

If given a chance, Ahmed will become the youngest player to represent England in Tests. Surpassing Yorkshire’s Brian Close, who played for the three Lions against New Zealand in July 1949 at the age of 18 years and 149 days.

Also Read: Shikhar Dhawan, the Indian captain, is prepared to make difficult decisions because “I will take decisions to help the team.”