India’s captain, Hardik Pandya, responds to Sunil Gavaskar and Ravi Shastri’s T20I captaincy comment with, “You feel good about it.” 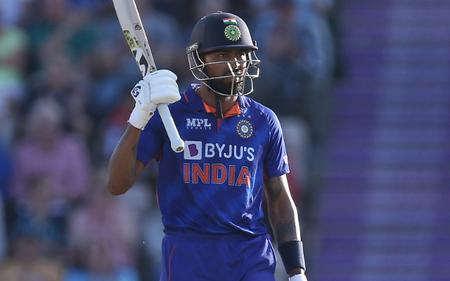 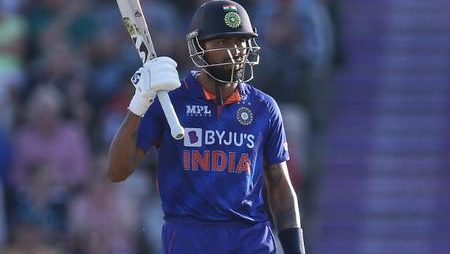 After the third and final T20I match was tied due to rain. The Hardik Pandya-led squad India defeat the home team New Zealand to claim the series victory. After Rohit Sharma took a break following the T20 World Cup. Hardik step up to serve as the team’s interim captain.

Many members of the cricketing community, including the legendary Sunil Gavaskar and Ravi Shastri, winners of the 1983 World Cup. Have advocated for India to adopt the model of having separate skippers for each of the three forms. The stand-in skipper was delighted by the comments. Which went on to say that Hardik Pandya would be the best choice to replace him in the T20I format.

“Koi agar bol raha hai toh accha feel hota hai (If people are saying, you feel good about it) but till something happens officially, you can’t say. To be honest, my thing is simple, if I do one match or one series, I will lead the team my way, how I see and perceive the game,”

“Whenever I am given the opportunity, I will always go out and play the brand of cricket I know. As a unit, we will display my brand. As far as whatever (captaincy) comes in future, we will see,”

Read also: According to reports, Suryakumar Yadav will take Ravindra Jadeja’s place for the Bangladesh Tests.

I oppose chop-and-change in a brief series: Pandya, Hardik

Many of the new players in the squad for the series were eager to establish a name for themselves for the national team but were compelled to watch from the sidelines as the rain played a significant role. Hardik said that athletes had time to take advantage of their opportunity.

“Had it been a bigger series and not three games, we could have played them. But I don’t believe in chop and change in a short series and going forward also that will be my philosophy. If players are feeling bad, they can come and speak to me or the coach. Going forward, if I remain the captain, I don’t think that will be an issue. My behaviour and nature ensures that we are a close-knit unit,”

Read also: “Your debut was better than…”: Shubman Gill Explains How MS Dhoni Made Him Feel Better