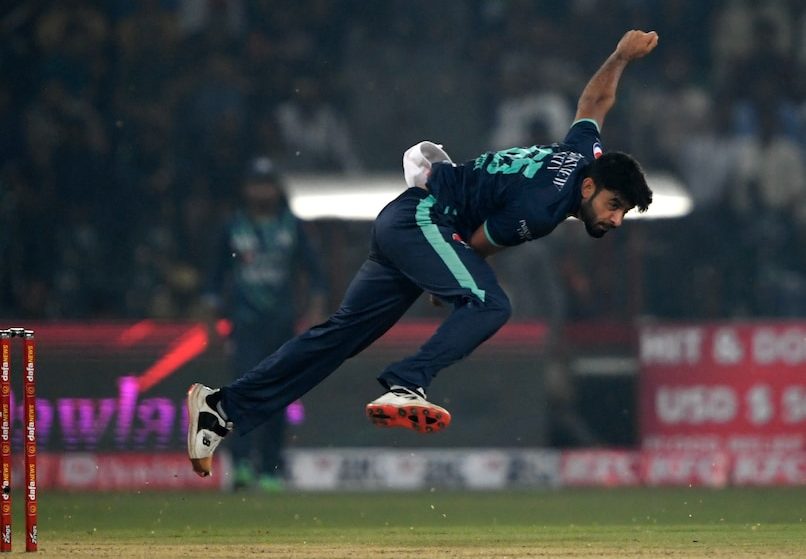 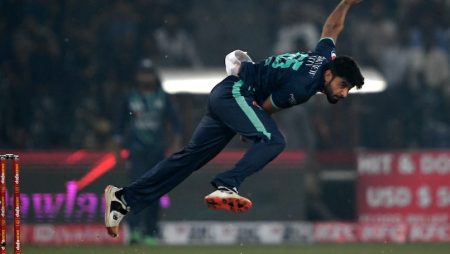 Pakistan debutant holds his nerve in the final over to deny England in the fifth T20I. Pakistan defeated England by six runs in the fifth Twenty20 International on Wednesday at the Gaddafi Stadium in Lahore. Taking a 3-2 lead in the seven-match series.

Pakistan defeated England by six runs in the fifth Twenty20 International on Wednesday. At the Gaddafi Stadium in Lahore, taking a 3-2 lead in the seven-match series. Pakistan were bowl out for 145 after batting first, with Mohammad Rizwan leading the way with 63 runs. Later, Pakistani bowlers miraculously restricted England to 139/7, allowing them to win by 6 runs. What surprised everyone was debutant pacer Aamer Jamal’s heroics in defending 15 runs off the last over from the dangerous-looking Moeen Ali.

England needed 15 runs in the final over, with Moeen Ali and Chris Woakes at the crease. Aamer came in for his second over of the night and bowl two dot balls. Which were follow by a wide and a massive six by Moeen, who also reach his half-century with the shot. England needed 8 off 3, but Jamal only gave up one run in his next three deliveries, and Pakistan won by six runs.

Aamir Jamal holds his nerve in the final over

In the match, Pakistan beat England by six runs in another last-over finish in the fifth T20 international in Lahore on Wednesday. Prolific opener Rizwan hit a fighting half-century before debutant all-rounder Jamal starred with the ball.

After express pacer Mark Wood grabbed 3-20 to derail the home team, who were asked to bat first at Gaddafi Stadium, Rizwan’s 46-ball 63 was the cornerstone of Pakistan’s 145 all out in 19 overs. England’s stand-in skipper Moeen Ali smashed a brilliant undefeated 37-ball 51, with four sixes and two fours, but England failed to score the 15 required off the final over, finishing with 139-7.

Despite being hit for a six off the third ball, Jamal kept his cool, conceding only eight runs to give Pakistan a 3-2 lead in the seven-match series.