Jasprit Bumrah ruled out of the Asia Cup 2022 due to a back injury. 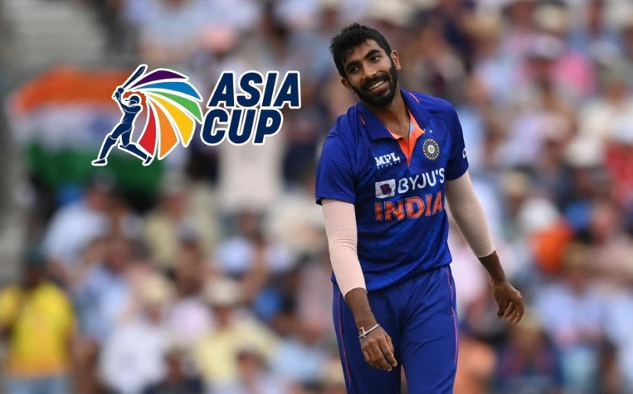 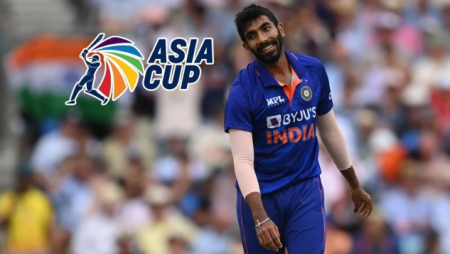 Jasprit Bumrah ruled out of the Asia Cup 2022 due to a back injury. “Jasprit Bumrah will not be risk ahead of the T20 World Cup. ” A BCCI official confirms.

Due to a back injury, Jasprit Bumrah has been rule out of the upcoming 2022 Asia Cup. This is a major setback for Team India, who have already lost Harshal Patel to injury. Harshal was part of India’s five-match T20I series against the West Indies but did not play a single match due to fitness concerns. He will now miss the Asia Cup and is questionable for the T20 World Cup in Australia in October-November.

Bumrah last appeared for India in a three-match One-Day International series against England last month. Taking eight wickets in just two fifty-over matches. On Monday, the Board of Control for Cricket in India (BCCI) is expect to announce the squad for the 2022 Asia Cup. However, a BCCI official has revealed that Bumrah has a back injury and that the management does not want to risk the pacer ahead of the T20 World Cup in Australia.

Also Visit: Nurul Hasan of Bangladesh has been rule out of the Asia Cup 2022 due to a finger injury.

“Jasprit Bumrah is out of the Asia Cup due to a back injury.” He is our main bowler, and we want him back in action before the T20 World Cup. “We can’t risk him in the Asia Cup because the injury could worsen,” a senior BCCI official told the Hindustan Times.

The absence of Bumrah and Harshal from the Asia Cup will undoubtedly hurt India’s chances of retaining the trophy. The experience Bhuvneshwar Kumar, along with Arshdeep Singh, Avesh Khan, and Prasidh Krishna, is expected to lead the Indian pace unit. Bumrah’s unexpected injury also increases the chances of Mohammed Shami, who last played a T20I in November 2021, returning to the T20I setup.

Bumrah has previously struggled with back injuries and has missed numerous games. He is now expected to travel to Bengaluru to begin his rehabilitation at the National Cricket Academy (NCA). Since the end of the Indian Premier League 2022 in May, Bumrah has only played one Test, one T20I, and two ODIs.

Also Read: In modern cricket, you must leave out Dinesh Karthik: Ajay Jadeja