In modern cricket, you must leave out Dinesh Karthik: Ajay Jadeja 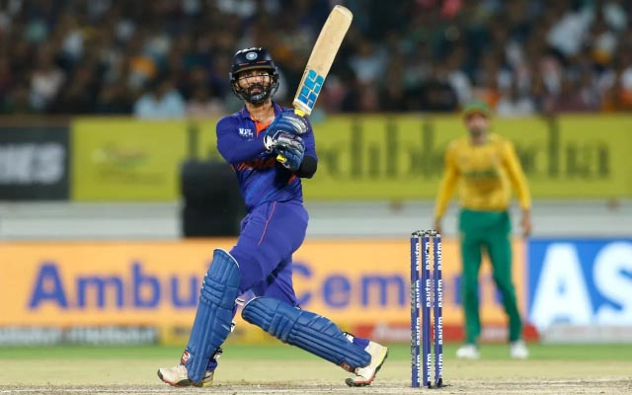 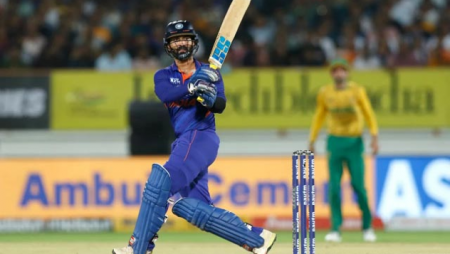 As the T20 World Cup approaches. All teams have begun to pull up their socks in order to create a perfect squad capable of defeating any opponent, including India. Everyone is still vying for a spot in the final 15, with the exception of a few names, but veterans and experts have continued to voice their opinions about the team’s composition and who should be on it, and the latest person to join the bandwagon is Ajay Jadeja.

Even though the former India cricketer did not definitively choose the team, he did make some suggestions about how the Indian team’s starting XI should be arranged for the major competition. India has recently made numerous changes to its playing lineup in order to test as many players as possible in order to make a decision for the big event.

Before the fifth and final T20I between India and West Indies in Florida, Jadeja selected his bowling lineup, which included three pacers and a spinner, during the pre-match show on FanCode. Notably, Jadeja went with Mohammed Shami instead of Bhuvneshwar Kumar. While the former has not played in a T20I match since the World Cup 2021, the latter has been the leading wicket-taker during that time.

“I’ve brought Shami on board.” So, for me, bowlers come first. So Shami is a foregone conclusion. Arshdeep, Bumrah, and Chahal These are the four unavoidables. Rishabh Pant, Hardik Pandya, Suryakumar Yadav, and Deepak Hooda are my batting certainty. You’ve covered the powerplay, middle overs, and death overs with this bowling attack. They can be bowled anywhere. “Even the batters are adaptable,” he said.

Also Visit: With UAE T20 league agreement in hand, Chris Lynn’s services in the BBL are at stake.

In the T20I format, India has shifted from a conservative to a combative approach under skipper Rohit Sharma. Jadeja mentioned India’s new batting strategy and suggested that if they stick with it, former India captain Virat Kohli may be benched. He went on to say that if India went the MS Dhoni route, the selectors would have to keep Virat Kohli as well as select Dinesh Karthik for the starting XI.

“Now, if you want to play like I’ve heard them…aggressively,” he says, “you have to pick differently.” If Virat Kohli and Rohit Sharma arrive, you must have Dinesh Karthik at all costs. He’s your backup plan. But if you don’t have either of them, Dinesh Karthik won’t be able to work here. But, no, I wouldn’t put Karthik there; he can sit beside me. “He’s an excellent commentator,” he said.

“But I wouldn’t pick him for the team.” You must now choose whether to play Ravindra or Axar. If you want to go Dhoni-style, include Kohli, Rohit, and Karthik. However, in modern cricket, Karthik must be excluded. Maybe even Kohli, depending on how well he performs.