On this day nine years ago, India won their last ICC Trophy under MS Dhoni’s captaincy. 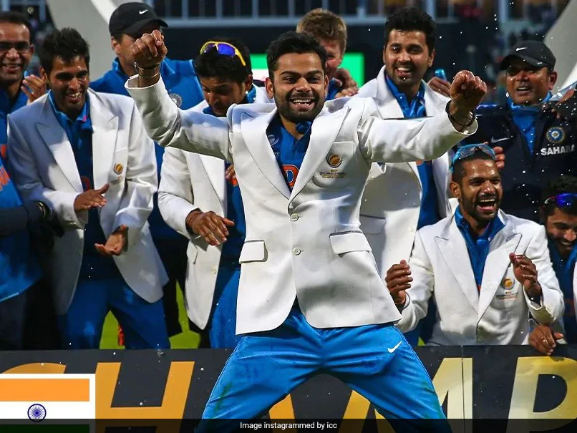 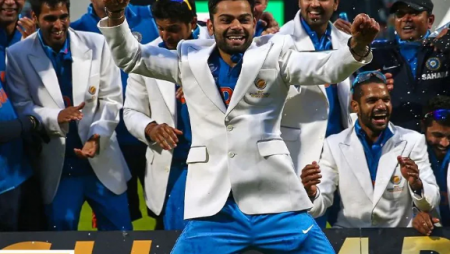 On this day nine years ago, India won their last ICC Trophy under MS Dhoni’s captaincy. On this day in 2013, India defeated England in the final to win the ICC Champions Trophy.

For a long time, the Indian men’s cricket team has been chastised for failing to win trophies at ICC events. India last won an ICC event on this day nine years ago, when MS Dhoni led the team to victory in the 2013 ICC Champions Trophy. On the anniversary of India’s final victory over England, the ICC took to social media to remember the event. The ICC captioned the post, “On this day in 2013, India added to their trophy tally as they defeated England in the final of the ICC Champions Trophy.”

Highlights from India Champions Trophy victory over England in 2013.

India’s batters struggled in an ODI reduced to 20 overs per side due to rain, but knocks of 43(34) and 33*(25) by Virat Kohli and Ravindra Jadeja, respectively, helped India post 129/7 after being put in by England.

The only other Indian batter to reach double figures was Dhawan (31 off 24).

England’s top order was also shaky, but a 64-run stand between Eoin Morgan and Ravi Bopara put them back in command. Ishant Sharma, however, dismissed both batters in the 18th over to turn the match around.

Tim Bresnan was run out two deliveries later after Jos Buttler fell for a golden duck in the penultimate over to Jadeja.

Ravichandran Ashwin needed to defend 15 runs off the final over and did so successfully as England’s Stuart Broad and James Treadwell failed to pull off a miracle.

Also Read: Washington Sundar has been signed by Lancashire.