Sri Lanka was fined 40% of the match fee for maintaining a slow over-rate in the second T20I against Australia. 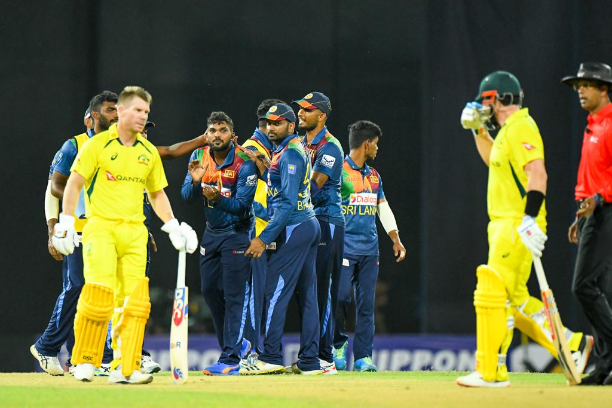 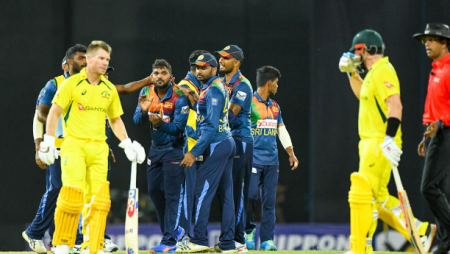 Sri Lanka was fined 40% of the match fee for maintaining a slow over-rate in the second T20I against Australia. The hosts were discover to be two overs short of the goal.

Sri Lanka lost the T20I series against Australia after losing by three wickets in the second game at the R Premadasa Stadium in Colombo. Aside from the defeat, the home team captain. Dasun Shanaka, Fined 40% of his match fees for maintaining a slow over-rate throughout the game.

However, The hosts were rule to be two overs short of the target after time allowances were taken into account. According to an International Cricket Council (ICC) media release. Aside from the captain, the players have lost 40% of their match earnings. In terms of on-field strategy, Sri Lanka also failed to put pressure on the tail thanks to a superb knock by Matthew Wade.

The Sri Lankan captain and players were dock 40% of their match fees.

According to an ICC media release. ” Ranjan Madugalle of the Emirates ICC Elite Panel of Match Referees imposed the sanction. Moreover, After Dasun Shanaka’s side rule to be two overs short of the target after time allowances were taken into account.”

“According to Article 2.22 of the ICC Code of Conduct for Players and Player Support Personnel. Which relates to minimum over-rate offenses. Players fine 20% of their match fee for every over their side fails to bowl in the allotted time ” The ruling also clarified.

Meanwhile, the Lankans now lost three consecutive T20I series, and this is the fifth consecutive game in the shortest format in which they were defeat. Worst of all, the 2014 T20 world champions have suffered crushing defeats in the first two games.

Sri Lanka will now be hoping for a turnaround in the insignificant third and final T20I on June 11 at the Pallekele International Cricket Stadium in Kandy.