Harshal Patel of RCB is hoping to play in the Eliminator. 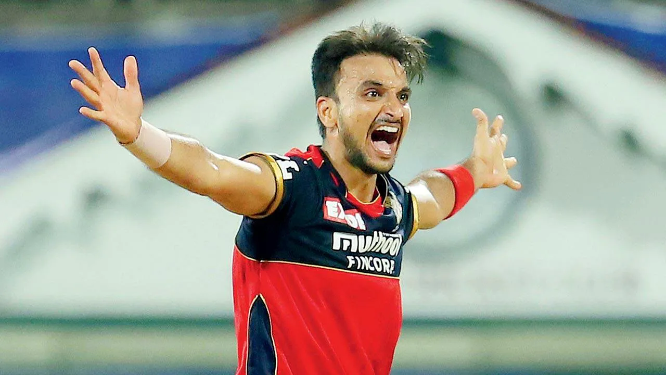 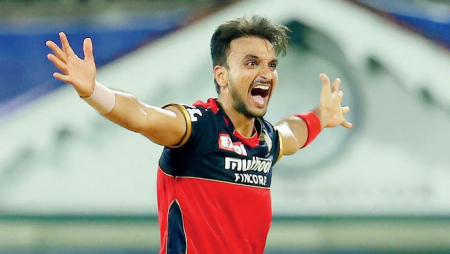 Harshal Patel of RCB is hoping to play in the Eliminator. After finishing fourth in the points table, RCB qualified for the IPL 2022 playoffs.

Harshal Patel, one of Royal Challengers Bangalore’s key bowlers, had to walk off the field. In the previous game against Gujarat Titans after injuring his right hand. His participation in the playoffs if RCB does qualify was in doubt. However, he has spoken out about his injury and state that he will be ready for the Eliminator against the Lucknow Super Giants on May 25 at the Eden Gardens in Kolkata.

Patel had suffered a cut on his right hand while fielding at short extra cover. Which had split the webbing and immediately caused a lot of blood to flow out. The pacer force to return to the dressing room to have the webbing stitche by the RCB physio. He did not return to the field after bowling only one over. RCB went on to win the game by eight wickets thanks to an excellent 73-run knock from Virat Kohli, while Glenn Maxwell and Faf du Plessis also contributed and kept RCB’s tournament hopes alive.

However, their advancement into the playoffs was contingent on the Mumbai Indians defeating the Delhi Capitals, which occurred. RCB will now hope to win the trophy for the first time by winning the remaining knockout games.

Also Visit: Sunil Gavaskar believes this pacer should be in India’s Test and ODIs squads against England.

On my right hand, I split my webbing: Harshal Patel hoping to play in the Eliminator

Meanwhile, Harshal describe the state of his right hand injury and mentioned getting a couple of stitches removed in three to four days. He also stated that he should be ready for the Eliminator, which will be a huge boost for the RCB franchise. Notably, the pacer has 18 wickets so far in the tournament and has been particularly effective in the death overs.

“I split my webbing on my right hand when I caught that ball on short extra cover.” I got a few stitches, which should fall out in three to four days… “I believe I’ll be ready to be a part of it (Eliminator),” Patel told RCB, as reported by News18.