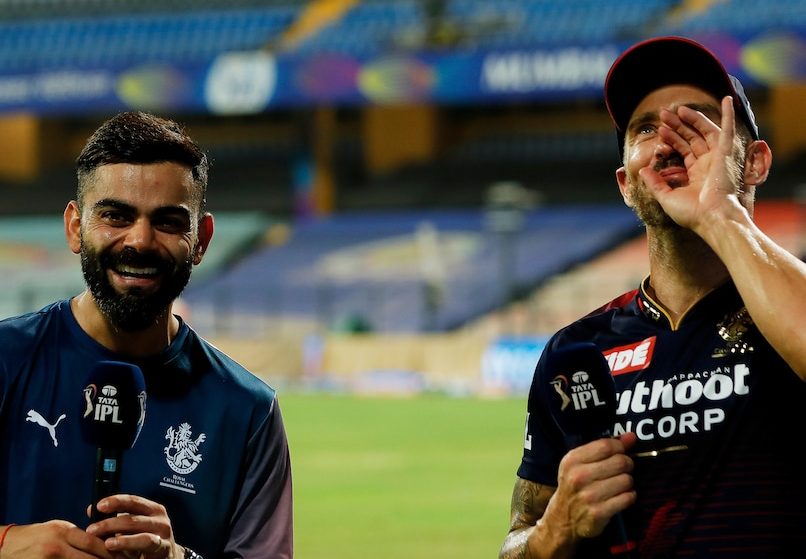 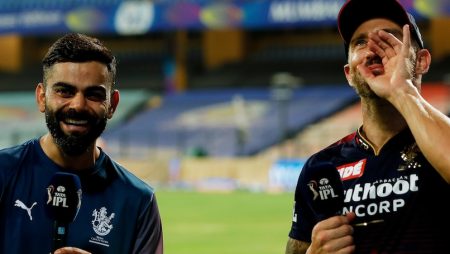 The Royal Challengers Bangalore’s chances of making the playoffs in the ongoing Indian Premier League (IPL) are dependent on Mumbai Indians defeating Delhi Capitals in their final league game. If Delhi loses, they will be left with 14 points, and RCB will advance. However, if Delhi wins, both the Capitals and the RCB will have 16 points, but DC will qualify for the playoffs based on a net run-rate.

Both Kohli and Faf du Plessis cheered for Mumbai Indians after the game against Gujarat Titans, and Faf also stated that he expects Mumbai Indians captain Rohit Sharma to go big.

“For the next few days, there will be a couple of blue hats floating around our dressing room. I’m hoping Rohit (Sharma) goes big “Faf stated this following RCB’s victory over Gujarat Titans.

After the game against Gujarat Titans, Virat Kohli and Faf had a conversation, and in a video posted on the IPL website, both batters expressed how Mumbai Indians would have some extra support.

RCB has won eight games and lost six this season in 14 games.

In the match between RCB and GT, the latter batted first and finished with a total of 168/5 in 20 overs, thanks to skipper Hardik Pandya’s unbeaten 62. Josh Hazlewood returned with two wickets for RCB.

With the score at 169, Kohli and Faf du Plessis put on 115 runs for the first wicket. Kohli and Faf were both dismissed after scoring 73 and 44 points, respectively. However, Glenn Maxwell scored 40 runs off 18 balls to help RCB win by eight wickets.