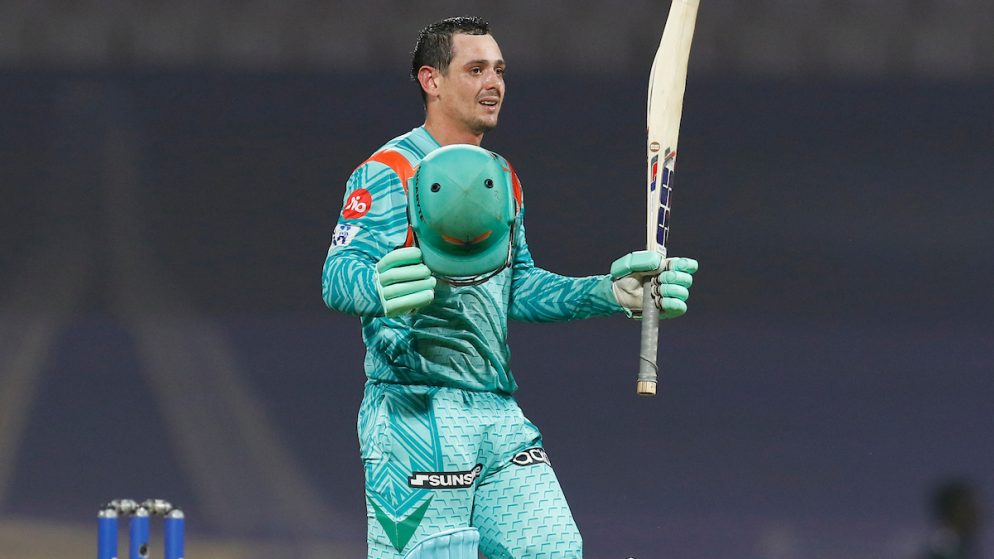 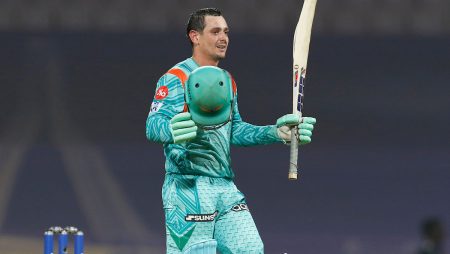 After an explosive and unbeaten 140-run knock against the Kolkata Knight Riders. Lucknow Super Giants wicketkeeper-batsman Quinton de Kock revealed that his unique century celebration was motivated by frustration. LSG defeated KKR by two runs in a nail-biting IPL 2022 match at the Dr DY Patil Stadium here on Wednesday, thanks to a blistering century by Quinton de Kock and an attacking half-century by KL Rahul.

“I was a little tired (after his inning), but it was just a matter of getting some refreshments and getting on with it. It was a bit of annoyance that came out (on his aggressive century celebrations). It felt great to come out and perform well. I was trying to keep it in, but it felt good when it came out “De Kock stated this during the post-match presentation.

LSG’s opening pair broke several records as they went unbeaten after 20 overs with 210 runs on the board. The opening stand was the highest in IPL history. Quinton de Kock finished unbeaten with a rousing 140.

“To be honest, I don’t think so (whether he thought the game would get so close). They obviously played really well, assessed the situation well, and came at us hard. I assumed he (Stoinis) would easily defend it. But when the first three went down, I assumed the game was over. But that catch changed everything for us. As the saying goes, good catches win matches “De Kock stated.

KKR needed 21 runs off the final over to reach 211, and Rinku Singh smashed 18 off 4 balls. He was then caught by Evin Lewis, and LSG won the game by two runs.

With this loss, KKR has dropped out of contention for the IPL 2022 playoffs, with 12 points after 14 league games. With its victory in the high-scoring match that had spectators on the edge of their seats, Lucknow climbed to second place with 18 points.