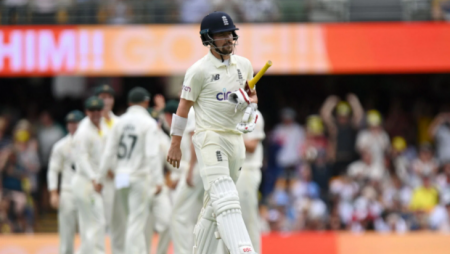 Nasser Hussain, a former England captain, has joined the chorus of critics of Rory Burns and Haseeb Hameed following their failure in the second Ashes Test. Nasser Hussain believes the two must learn from their Australian counterparts how to grind down bowlers.

Burns and Hameed were defeated by Mitchell Starc and Michael Neser, respectively, before the end of the second day’s play. It left England with a massive 456-run deficit as lightning and rain averted another possible collapse.

“Opening the batting is the hardest job in cricket but Rory Burns and Haseeb Hameed had clearly not learned from watching how Australia went about their business. Yes, Marnus Labuschagne was eventually out misjudging a straight one but in general. The Australians left the ball well and played for their off-stump. It is the way to go in Australia and Labuschagne, David Warner and Steve Smith all grafted for their runs.” he said

Except for Marcus Harris, Australia’s top-four scored well, totaling 473 points before declaring. Marnus Labuschagne scored 103 after being dropped twice by Jos Buttler, while Smith and Warner hit 93 and 95, respectively. They’re in the driver’s seat for the second day in a row.

“Burns badly needs a score in the second innings now. Let’s not just presume the alternative is better because Zak Crawley had a rough time before he was left out. But Burns needs to find a way of getting past Starc. If he is to keep his place in this series and he is only delaying the inevitable. By not taking first strike anymore. Then for Hameed to chip the ball to mid-on after seeing Australia grind down the England seamers. And give them nothing was hugely disappointing.” he said

The responsibility of rescuing England has once again come to captain Joe Root. Not only do the visitors need a giant knock from the number one Test batter, but they also require others to step up.

Read more: India vs South Africa: Aakash Chopra says “It seemed like he was playing against kids”

Visit also: Players with the most ducks heading into the new edition in IPL 2022