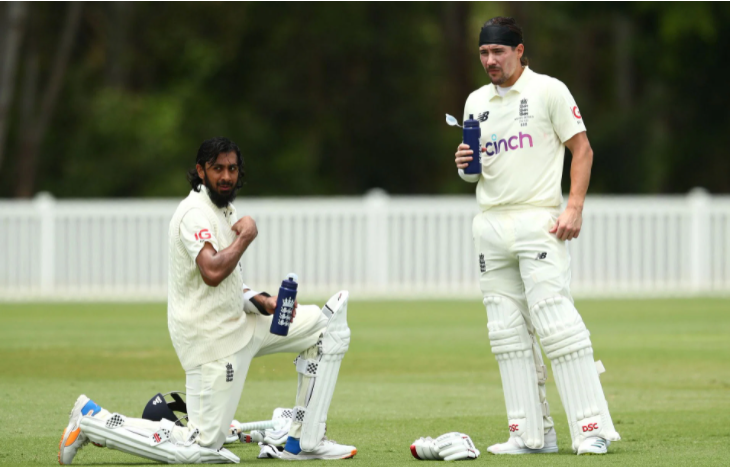 Rory Burns and Haseeb Hameed were chastised by former England cricketer David Lloyd for their poor performance in the second Ashes Test in Adelaide. In Johnny Bairstow and Zak Crawley, Lloyd has encouraged England to establish a new opening duo.

Rory Burns and Haseeb Hameed failed once more in the first innings of the pink-ball Test in Adelaide. Burns lost his wicket on the opening delivery of the first Test in Brisbane, continuing the pair’s terrible luck.

“These England openers are a sorry sight. Both Rory Burns and Haseeb Hameed are playing across the line. All the talk was about the pink ball under lights – well, it didn’t do anything. All the Aussie bowlers had to do was put it in the right place and the openers went across the line again. They are walking wickets I’m afraid.” he said

On day two, Australia annihilated England, scoring 473 points before declaring. Marnus Labuschagne made the most of his two lifelines by scoring a century, while England’s difficulties were compounded by fifties from Steve Smith, Alex Carey, and David Warner.

“I’d change both openers for the Boxing Day Test in Melbourne. England might as well open with Joe Root and Dawid Malan because they are repeatedly in so early anyway. Or how about going back to that plan of picking one of the one-day openers? Only England got the wrong one in Jason Roy when they tried it last time.” he said

On day three, the tourists will need to put in a strong effort, with Root taking a big hit. After a strong showing with the ball, England would need all-rounder Ben Stokes to step up with the bat.

Visit also: Ashes series: Michael Atherton says “England have made as many mistakes so far as a team would hope to make in an entire series”