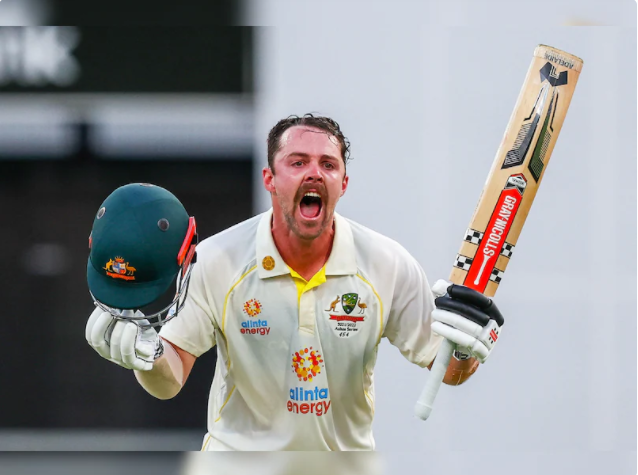 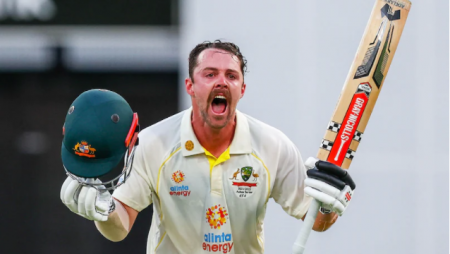 Travis Head silenced his detractors on Thursday by smashing his third Test century, his first in the Ashes, at the Gabba in Brisbane during the continuing first Test against England. On Day two, Head, who batted at No. 5, saw his team lose quick wickets, but he held his cool and smashed a spectacular century. He reached triple figures in just 85 balls, smashing England’s bowlers all over the park. His 152-run innings included 14 boundaries and four sixes in just 148 balls.

His magnificent effort had put the hosts in a great position after Australia amassed 425 runs in the first innings.

Despite averaging well under 50 runs per game, Head has yet to solidify his spot in Australia’s playing XI for the longest format of the game.

Usman Khawaja, a seasoned campaigner, was replaced in the starting XI by the South Australian. With the bat, both players enjoyed a fantastic domestic season, scoring runs at will.

On the other side, Head’s ton has improved his prospects of winning the Ashes for the remainder of the series.

For the record, he became the first player since Adam Gilchrist smashed England’s bowlers at the WACA Ground in 2006 to score an Ashes ton in a single session.

After trailing Australia by 278 runs after a 147-run collapse in the first innings, England has cut the lead to just 58 runs thanks to an unbroken third-wicket stand between Joe Root (86) and Dawid Malan (80).

As England finished day three with a total of 220/2, the pair compiled an unbroken 159 runs for the third wicket.

Visit also: Mayank Agarwal’s stellar performance in the second Test against New Zealand was a reflection of his self belief