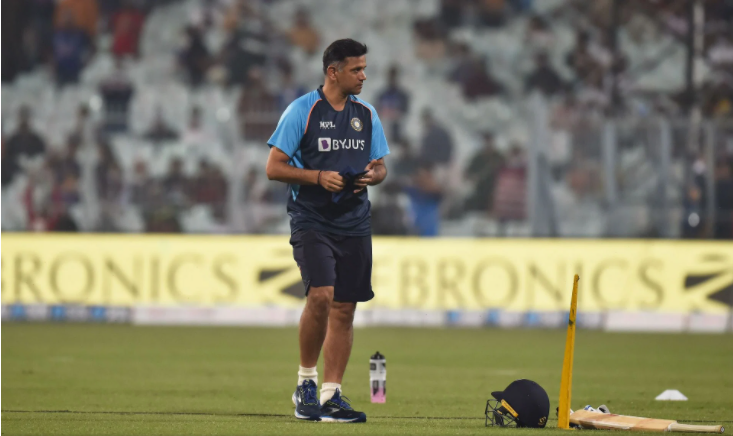 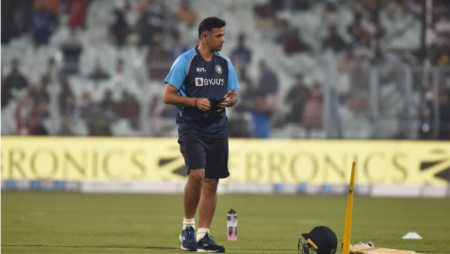 After the 2021 T20 World Cup, Rahul Dravid took over as Team India’s head coach, and Rohit Sharma was full of admiration for the former Indian batsman.

Dravid worked hard as a player, according to Rohit Sharma, who was just named India’s white ball captain. Sharma believes Dravid would instill his work ethic in the team.

“Rahul Bhai was a brilliant cricketer, we all know that without a doubt. We all know how he has played his cricket. He himself has come out and said on so many occasions that he was not so talented. He had to work so hard to get where he is today. I think that is going to reflect on this team as well.” Rohit said

“Making sure that we work hard as a team. That nothing is given on a platter to anyone. He will make you work hard. Obviously, when you do that, when you enjoy that process, you feel good about it. Because there is a process that has been put in place.” said Sharma

The Indian ODI captain also stated that the players will have greater structure and clarity under Dravid’s leadership.

“And there is a structure as well. So people will enjoy that. Guys that are coming in, going out. They will have so much clarity about why they were out of the team, why they came into the team and all that. That is something that he will be able to create,” Rohit said.

On December 26, the Test series will begin. The three-match ODI series will be Rohit’s first in the 50-over format as a full-time captain.

Read more: Cricket News: Rohit Sharma says “Personally spoken to each one of us”

Visit also: CEO Nick Hockley says “The plan is, wherever it’s played, to be a day-night Test with pink ball” on fifth Ashes Test