IND vs SF 2021: Saba Karim says “Not being able to win an ICC trophy could have cost Virat Kohli the ODI captaincy” 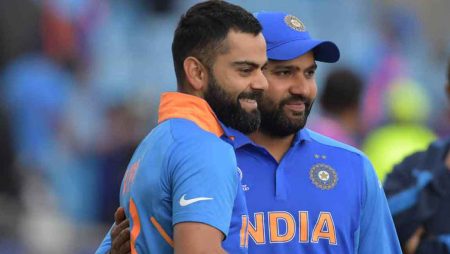 Saba Karim, a former Indian wicketkeeper, has shared his thoughts on why Virat Kohli was fired. As the team’s One-Day International captain. Karim believes the Board of Control for Cricket in India’s (BCCI) decision was affected by India’s inability to win ICC tournaments in recent years.

On the YouTube show Khelneeti, the cricketer-turned-commentator made these remarks. Karim pointed out that Kohli had already announced his resignation as India’s T20I captain. Karim stated that the 33-year-old, on the other hand, made no mention of stepping down as ODI captain.

Kohli intended to continue as the team’s captain for 50-over contests, according to Karim. He went on to say that even if Kohli refused to resign his post. The selectors and BCCI had the final say.

“It is right to say that Kohli has been sacked. He made the announcement while leaving the T20I captaincy. It could have confirmed that he does not want to continue as ODI captain as well. This meant he wanted to remain ODI captain. Not being able to win an ICC trophy could have cost Virat Kohli the ODI captaincy.” Saba Karim said

Several reports claim that Kohli was not consulted by the board when it came to the split captaincy approach. Karim, on the other hand, believes that head coach Rahul Dravid would have spoken to the Delhi batter.

Kohli has been the Indian team’s captain for several years. As a result, Karim feels the board will contact Kohli before making such a crucial move.

“I am confident that Rahul Dravid or someone from the BCCI would have had a word with Virat Kohli regarding their plans of introducing split captaincy. Dravid has often put emphasis on having clear communication with players. So, when it comes to taking such a big decision, I believe someone would have surely talked to Kohli.” He said

Nikhil Chopra, an ex-India cricketer, was also featured in the video posted on Khelneeti’s YouTube account. He said it was the correct move forward for Rohit Sharma to be given the ODI captaincy. Chopra believed that instead of splitting the ODI and T20I captaincy, it was preferable to give one player entire control over white-ball cricket.

2 Replies to “IND vs SF 2021: Saba Karim says “Not being able to win an ICC trophy could have cost Virat Kohli the ODI captaincy””