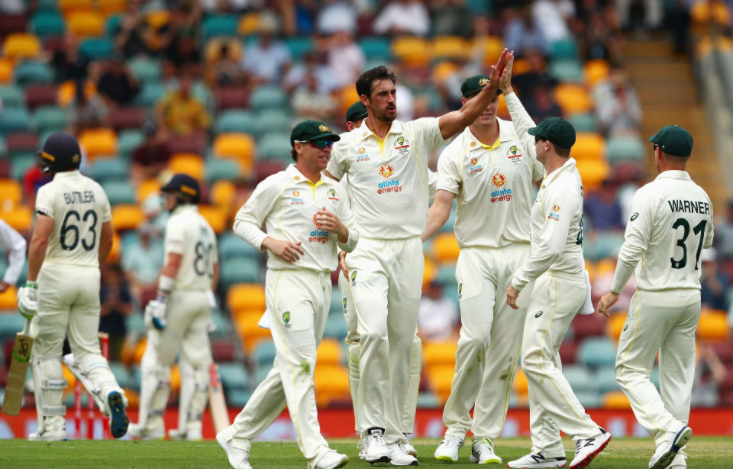 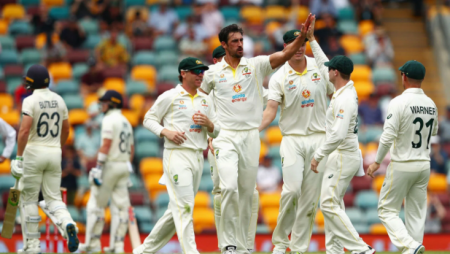 Ashes 2021: The new ball was swung with remarkable effect by the left-arm seamer. With a late swinging delivery, he was able to take advantage of Rory Burns’ sloppy early movement at the crease and bowl him round the legs.

In the fourth over, skipper Pat Cummins brought himself into the assault after a short opening spell. Jos Buttler was the man who gave him his second wicket. The wicket-keeper batsman scored an important counter-attacking innings to help England regain control of the game.

Mitchell Starc’s knack for delivering early breakthroughs across all formats has been praised by former Australian captain Ricky Ponting. By removing Rory Burns in the opening delivery of the match at The Gabba. The left-arm seamer gave Australia the perfect start.

Given his poor results and Jhye Richardson’s developing popularity in the Australian cricketing community. Starc’s place in the playing XI was in jeopardy. After registering statistics of 2-35 in the opening innings, the 31-year-old put those rumors to rest. Ashes 2021

“I know there’s been some negativity around about Mitchell Starc, but that’s what he does, he takes wickets with the new ball. Whether it be a red ball or a white ball. If he gets it right he’s a wicket-taking machine.” Ponting said

Starc has evolved into an all-round bowler since his debut for the national team a decade ago. With 150 wickets, he is the fastest bowler in ODI history, and he has been a key member of Australia’s pace bowling unit.

Read more: Ashes Test Series: Jofra Archer says “As a fast bowler, this is one cricket tour you do not want to miss”