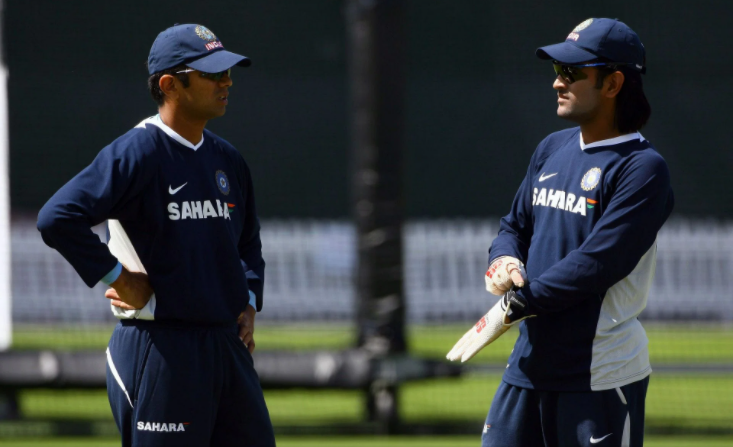 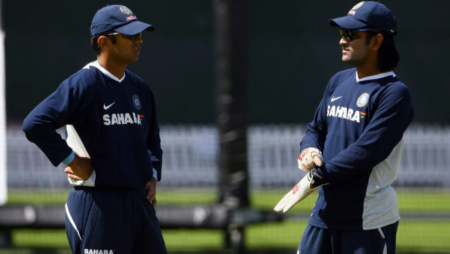 Former India opener Virender Sehwag says MS Dhoni’s approach to batting modified when he was chastised by Rahul Dravid for a terrible shot. During Dravid’s captaincy, Dhoni changed from a big-hitter to a finisher, according to Sehwag.

Dhoni made his international debut against Pakistan in an ODI at Visakhapatnam in April 2005, scoring 148 from 123 balls. In the same year. He bowled an unbeaten 183 against Sri Lanka in Jaipur as India chased down a total of 299. Dhoni’s aggression was greatly diminished over the course of a few years and he became known as the cool finisher.

Dhoni changed his game since he was given the obligation to stay out in the middle until the end, according to Sehwag. Who explained why and how the transformation occurred to India TV.

“He was given the finisher’s role under Dravid, who once scolded him for getting out after playing a bad shot. I think that incident changed him. So around 2006-07, he transformed and started taking responsibility of finishing matches.” Sehwag revealed

“He (Dhoni) formed an unbelievable partnership with Yuvraj when we registered that record of 16 successive chases.” Sehwag added

Sehwag recalls being chastised for a similar reason by Sachin Tendulkar and Javagal Srinath in South Africa. Which led to a change in his approach.

Dhoni’s international career did not get off to a good start. In his first few ODIs, he batted further down the order and had a few modest scores. Sourav Ganguly’s decision to promote the Ranchi teenager to No. 3 during a one-day match in 2005 provided Dhoni with a platform to exhibit his talent, which he took full use of.

“Those days (2005) we were experimenting with pinch-hitters. Dada (Ganguly) had planned that Dhoni would get 3-4 chances at No. 3. If it works then fine, otherwise they would try someone else. Very few captains do it. He first sacrificed his (opening) spot for me and then he gave his slot to Dhoni. If Dada had not done that, Dhoni might not have become such a big player.” Sehwag commented

Dhoni went on to capably lead the Indian squad and was captain when Ganguly played his final Test against Australia in Nagpur in 2008.

Read more: India vs New Zealand: Wasim Jaffer says “Tendency of staying on the back foot”

Visit also: Wasim Jaffer foresees the Kanpur pitch for the first India-New Zealand Test to get “difficult and difficult” for 1st IND vs NZ 2021 Test