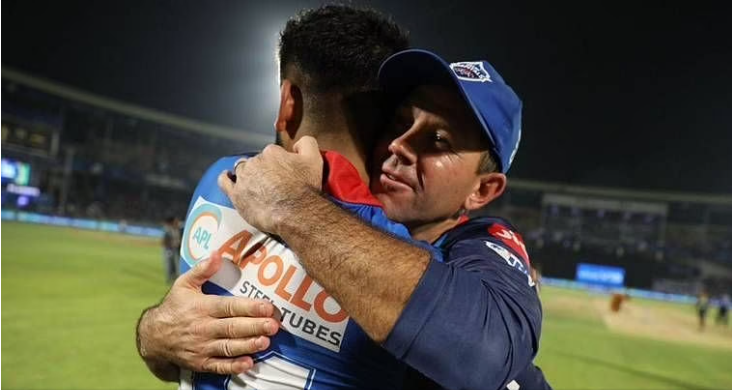 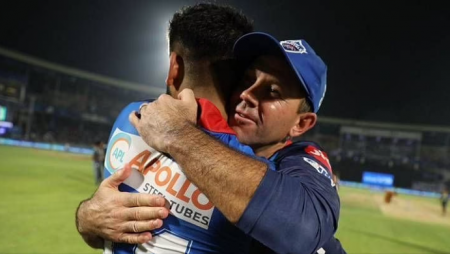 Ricky Ponting, the former Australian captain and current head coach of the Delhi Capitals. Congratulated Shreyas Iyer on getting his first Test cap on Twitter on Thursday morning. Ahead of the Kanpur Test against New Zealand.

Iyer became the 303rd Indian male cricketer to play in the longer format of the game.

Sunil Gavaskar, the famous cricketer, presented the former Delhi Capitals captain with his first baggy blue before the commencement of the Test.

Ponting, who has worked closely with Shreyas in the IPL for the past four years. H praised the 26-year-old for his dedication, which has finally resulted in a Test debut.

“Having seen all the work you’ve put in over the last few years, very well deserved and only the beginning for you mate. Proud of you @ShreyasIyer15.” Ponting wrote

Iyer was named to the Test team in place of Hanuma Vihari. Who was later added to the India A squad for the upcoming South Africa tour.

With Rahul and Mayank as openers and Shubman Gill at the top of the pecking order. It was doubtful that Shreyas would be given a chance in either Test.

However, due to Rahul’s injury and the absence of Virat and Vihari in the middle order. Gill was promoted to the opening spot, paving the way for the Mumbai lad’s debut.

Iyer’s selection for the Test team came at the cost of incumbent Vihari, but the DC batsman has earned his Test cap based on his domestic performances over the years.

Because the hosts have won the toss and will bat first. He may have a chance to bat on his first day in Test cricket.

In terms of the match so far, India got off to a bad start when Mayank Agarwal, their first wicket, fell with the score at 21 in the eighth over.

Tim Southee and Kyle Jamieson of New Zealand, in particular, took advantage of any movement they could get and continuously challenged the opening on and around the off-stump.

Visit also: Saba Karim says it’s good that the Rahul Dravid era has begun at home in IND vs NZ 2021