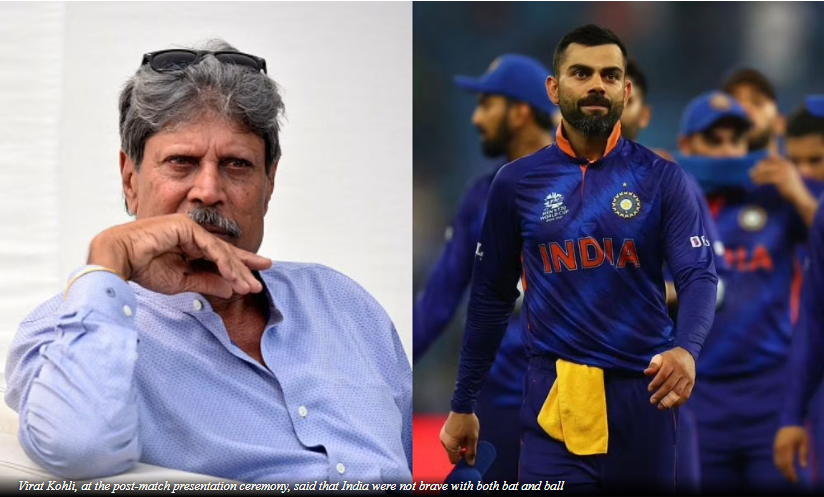 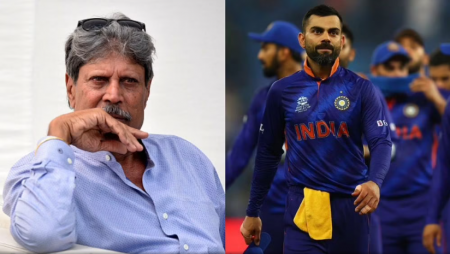 Kohli stated that his squad didn’t play the way they are used to playing after India’s second consecutive loss, which didn’t sit well with Dev.

“For a big player like him, it is a very weak statement. If that is the kind of body language the team has and if that is the kind of thought process the captain has, it is really tough to lift the team. I felt a little strange hearing those words. He isn’t that kind of a player.” Kapil Dev said

“He is a fighter. I think he got lost in the moment or something. A captain should not say words like, ‘We were not brave enough.’ You are playing for your country and he has passion. But when you say such words, fingers will definitely be pointed.” He continued

Virat Kohli, incidentally, was baffled by India’s performance in the ICC T20 World Cup, claiming that they were not daring enough on the field with both bat and ball.

“Quite bizarre. I don’t think we were brave enough with bat or ball. We didn’t have much to defend but we weren’t brave when we walked onto the field. Whenever we looked to take the game on, we lost a wicket. That happens in T20 cricket when some hesitation set in.” he said

The 32-year-old, who will step down as India’s T20 captain after the World Cup, believes the team needs to relax a little before their next match against Afghanistan.

“I think we have to disconnect from that a little bit and take pride as a team. As long as individuals are looking to do that, we’re fine. There’s a lot of cricket left to play.” Kohli concluded

To advance to the semi-finals, India will need to win all of their remaining games and hope that the results of New Zealand and Afghanistan go their way. On Wednesday, Virat Kohli and his team will face an eager Afghanistan side in their next match.