Sanjay Manjrekar says “Coming into such a situation, at this stage if his career is truly a sign of his greatness” of IPL 2021 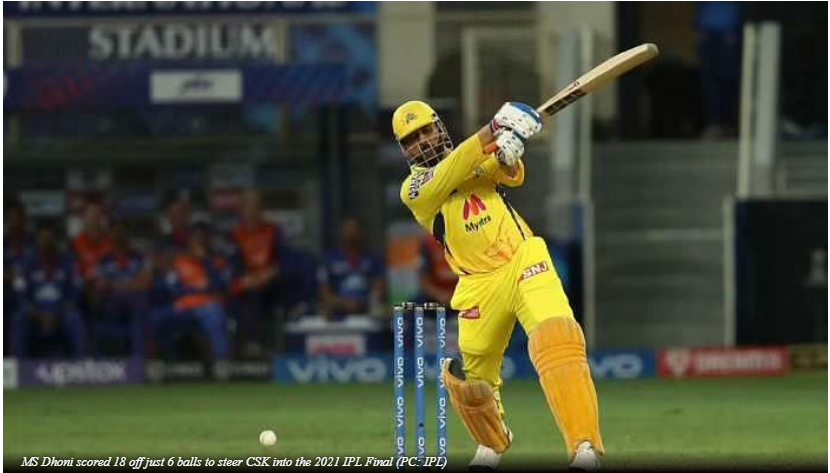 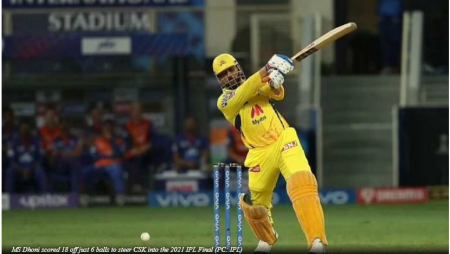 MS Dhoni’s choice to promote himself over Ravindra Jadeja. According to former India batsman Sanjay Manjrekar. It was made to keep the left-hand-right-hand combo alive out in the middle. After Moeen Ali perished on the long side early in the over. The Chennai Super Kings (CSK) skipper took full advantage of the shorter boundary on the leg side.

When Dhoni came in at No.7, most people expected Ravindra Jadeja, who had been in excellent form, to leave. Given his dismal form with the bat. The former India captain was under pressure, especially as the required run rate increased. Out of the six deliveries he faced. Dhoni hit three boundaries and a maximum to propel CSK to their eleventh IPL final.

“This is his greatness, he has played so many innings like this. Where there is so much risk if things don’t go as intended. Coming into such a situation, at this stage of his career is truly a sign of his greatness.” Manjrekar said

“See, he had to maintain the left hand-right hand combination. but if you see in the eight handers. There was Bravo as an option. But he went the right way. If you compare the batting of both Dhoni and Bravo, I still feel that Dhoni is the better batsman,” he added

MS Dhoni’s boundaries were all on his leg side. In the penultimate over, his six off Avesh Khan was hit on the longer side of the ground, but Tom Curran was penalized as the captain exploited the spaces on the leg side.

Manjrekar contrasted this situation to the 2011 World Cup final when Dhoni famously elevated himself ahead of Yuvraj Singh in order to preserve the left-right hand combo with Gautam Gambhir intact.

“If you remember, he did this in the 2011 World Cup as well. He promoted himself to maintain the left-hand-right-hand partnership because Muralidaran had 8 overs remaining,” Manjrekar added.

After four losses in a row to the Delhi-based franchise, CSK was able to defeat them. They’re now waiting for the Eliminator and Qualifier 2 results.

Read more: Sanjay Manjrekar says “Coming into such a situation, at this stage if his career is truly a sign of his greatness” in IPL 2021