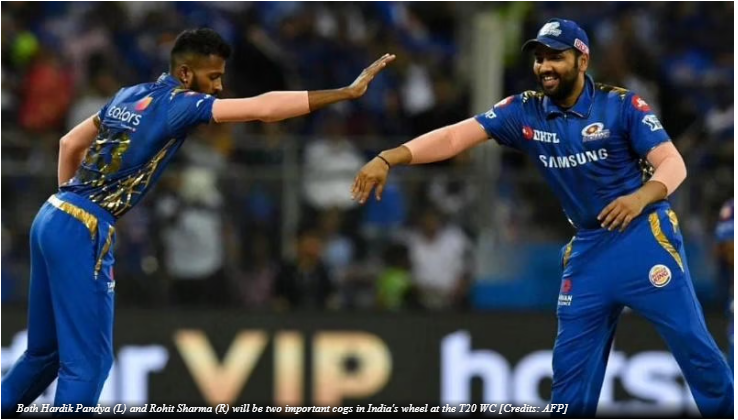 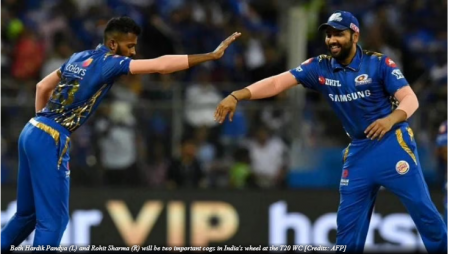 Hardik Pandya of the Mumbai Indians (MI) was an all-around disaster in the IPL 2021. Rohit Sharma, the captain, claimed that the 27-year-old has yet to begin bowling and voiced unhappiness with his batting performances.

Hardik’s performance this season must-have disappointed MI fans, but Indian cricket fans will be keeping their fingers crossed for the T20 World Cup, which begins in a week.

At the showpiece event, the Baroda lad was expected to play a vital role with both the bat and the ball. Hardik Pandya, on the other hand, hasn’t recovered from his injury – possibly a niggle or a persistent back issue – and hasn’t bowled a single ball yet, not even in practice, according to Rohit Sharma. He last bowled two overs in a Twenty20 International against Sri Lanka on July 25.

“In terms of his bowling, he [Hardik] hasn’t bowled yet. So the physios, the trainers, the medical team is working on his bowling. As of now, all I know is, he hasn’t bowled a single ball yet. But we wanted to take one game at a time and see where he stands. he said

“He didn’t bowl today as well, but he’s getting better day by day. So in the next week or so, he might be able to bowl – only the doctors or the physios will be able to give an update on that,” Rohit said at the press conference after their final league match. he added

The SunRisers Hyderabad (SRH) was easily defeated by MI by 42 runs tonight, but the margin was insufficient to secure a playoff berth. With 14 points, the Kolkata Knight Riders (KKR) took the final slot thanks to a higher NRR (net run rate) of +0.587 compared to MI’s +0.116.

There’s no denying that Hardik Pandya, the bowler, was missed by MI this season. But it was the fact that he couldn’t find his range with the willow that worried them the most. Hardik scored just 127 runs in 12 matches, with an average and strike rate of 14.11 and 113.39, respectively.

Hardik Pandya’s injury left a massive vacuum in MI’s middle order, hampering them from finishing in nearly every innings. Thus, Hardik Pandya had a poor season, but Rohit Sharma praised him for his ability to turn things around quickly.

Read more: Srikar Bharat says “Glenn Maxwell said you can finish it off” in IPL 2021