Gautam Gambhir on David Warner’s- “SRH’s job is to win matches, not give farewells” in the IPL 2021 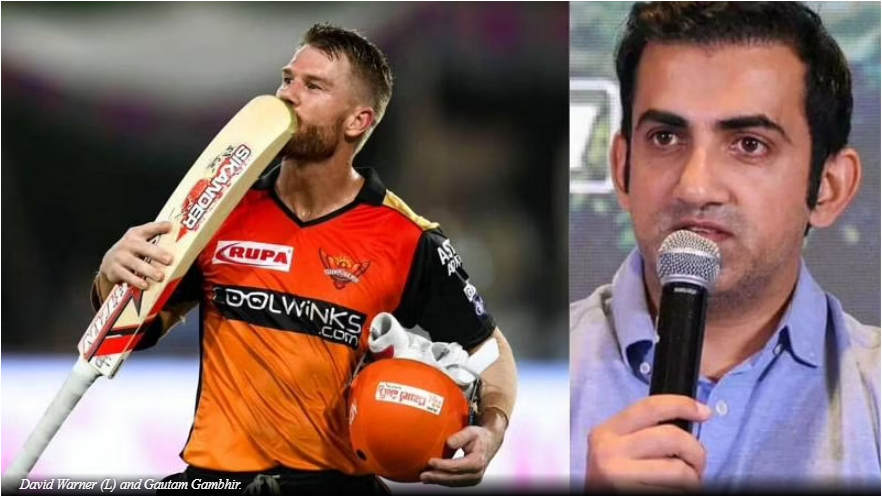 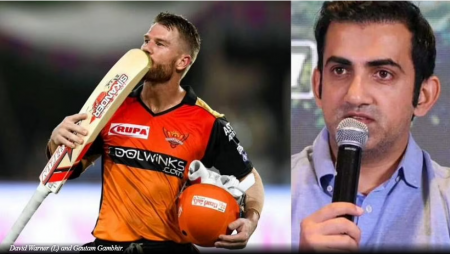 During the team’s encounter against Mumbai Indians (MI) on Friday, Gautam Gambhir criticized the demands for a ‘farewell’ for former SunRisers Hyderabad (SRH) skipper David Warner.

In IPL 2021, David Warner was dropped twice from SRH’s starting XI. In India, he lost his place in the team as well as his captaincy in the first half to Kane Williamson. Due to the Australian’s poor performance during the UAE leg, Jason Roy was called into the lineup. Many experts feel SRH will be unable to retain their most successful batsman in IPL 2022 as a result of the latter situation.

Gautam Gambhir, dismissed the idea of a farewell match, claiming that not even the game’s “legends” were given a special final encounter. He stated that SRH’s objective is to win games, not to say goodbye to players who do not fit into the starting XIs.

“See, a lot of great players didn’t get farewells. We all know that even some legends didn’t, although legend is a big word. I don’t understand this system of farewells. Ultimately, you are playing to win the match. If your best playing XI includes him, then absolutely give him a chance. If not, then absolutely don’t give him a chance. As simple as it gets. SunRisers’ job is to win matches and not give farewells.” Gambhir said

Since SRH took over the Deccan Chargers in the IPL, David Warner has been the team’s most dependable batsman. But, despite injuries and comebacks, the 34-year-old struggled mightily this season, scoring only 195 runs at an average of 24.38 in eight matches.

Gautam Gambhir also discussed the possibility of SRH defeating defending champions MI in Abu Dhabi. He believes that with a new multi-dimensional bowling combination, SRH can repeat their all-around performance against Rohit Sharma and co. from two days ago.

“If you can ask questions against RCB, you can do the same against Mumbai Indians as well… Bhuvi (Bhuvneshwar Kumar)’s rhythm was much better in the last game. Now Umran Malik is there too, who provides that extra pace, which means the bowling attack is not one-dimensional. Now you have swings, pace and Rashid Khan so they can surely challenge. There was a time when it felt like they couldn’t win against RCB but they did, it’s also possible that they would defeat Mumbai Indians too.” he said

SRH is already out of the postseason picture. To have a chance, MI must win by an unfathomable 171-run margin after batting first. At 7:30 p.m. IST, the proceedings will begin.

Read more: Gautam Gambhir says “I have no reasons to defend him” in IPL 2021

Visit also: Aakash Chopra on KL Rahul- “The strategy is absolutely flawed” in the IPL 2021