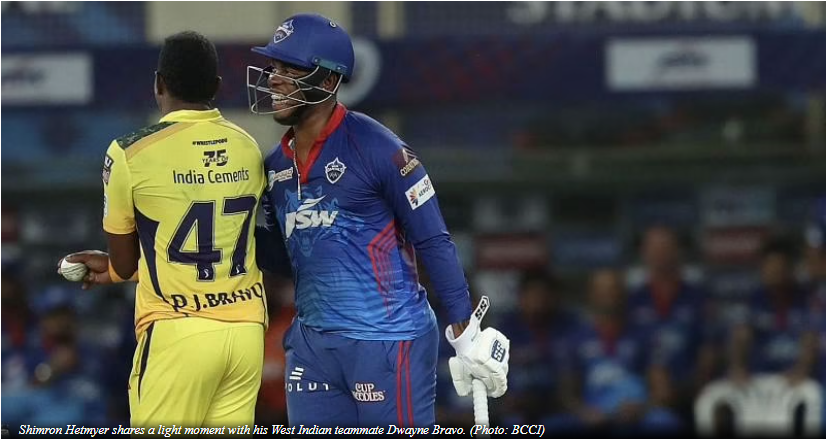 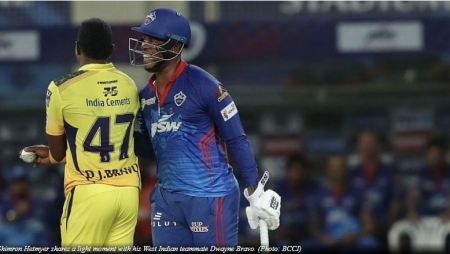 Shimron Hetmyer of the Delhi Capitals (DC) batted for 18 balls and was not out against the Chennai Super Kings (CSK). This hit helped his team win the Indian Premier League (IPL) 2021’s 50th match in Dubai. As a result of this victory, DC has supplanted CSK as the table-toppers.

Dwayne Bravo, his West Indian partner, is someone the left-hander believes he knows well. He also got some practice during the Caribbean Premier League (CPL), which helped him defeat the champion death bowler.

“For me it was easy. I had enough practice in the CPL. I knew he [Dwayne Bravo] would go wide with the field he had, and I just looked to get across and go straight down the ground against him and not midwicket or anything. Thus, I got two of them, and I am happy with that,” said a buoyant Shimron Hetmyer after the match.

However, Shimron Hetmyer came into bat at 98 for five with DC needing 39 off 35 balls. To chase down a 137-run total. Shimron Hetmyer was dropped off by Dwayne Bravo. By substitute fielder K Gowtham at long-off with 22 runs needed from 16 balls.

“I thought I was out. I was praying, and the guy missed it, so I was thankful. It was just about getting the bat on the ball. The 19th over was the one where I thought I’d try and get a six and bring it down as much as possible,” said the 24-year-old Guyanese cricketer. he said

Shimron Hetmyer remarked that his purpose in the DC team is to finish games, and he aims for as many as he can.