KKR’s Nitish Rana says “Thought of stopping Narine once, then realized he was in the zone” in the IPL 2021 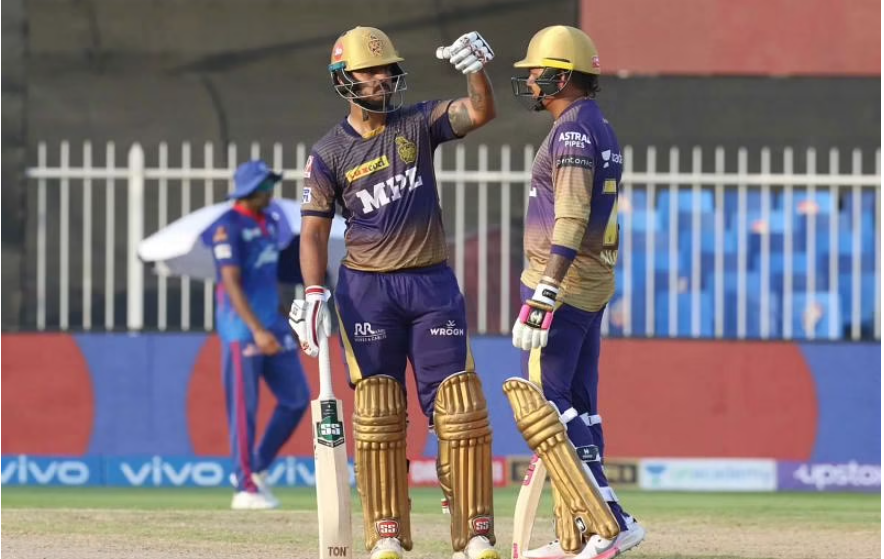 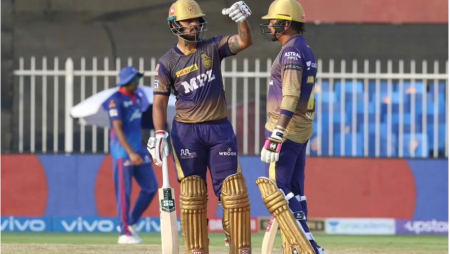 Nitish Rana of the Kolkata Knight Riders (KKR) has claimed that he considered halting Sunil Narine. When bowling all-out against Kagiso Rabada of the Delhi Capitals (DC). Rana went on to say that he quickly noticed Narine was ‘in the zone. So he let him continue without interruption.

During Narine’s blitz, Rana, who was on the non-end, the striker’s revealed that once the West Indian timed a couple of balls cleanly. He realized the unusual batter could handle the task.

“This is rather funny. When he came in, we had a mid-pitch discussion. I said both of us can hit the big shots and so we can win this game. But he did not say anything and only nodded his head. I knew then that he was in his zone. After that, he took on one of the best death bowlers, Kagiso Rabada, and pulled it off,” Rana said

The 27-year-old stated that he was first concerned about Narine’s strategy, but his fluency in the field dispelled any qualms.

“I thought of stopping Narine once. But then, I realized that he was in the zone and let him continue. So I said to myself if we could get 12-15 runs in the Rabada over, then why not do it. That’s exactly what Sunny (Narine) did and the game became very simple from there,” Rana stated.

While Narine was dismissed for 21, Rana remained in the game to the end, guiding KKR to victory and remaining unbeaten on 36.

Even as Narine and Rana shone with the bat, KKR’s Venkatesh Iyer was a pleasant surprise with the ball. Iyer, who had impressed with the willow in his previous two appearances. He used his medium pace to take the wickets of Shimron Hetmyer and Axar Patel, finishing with 2 for 29 from four overs.

Read more: Kuldeep Yadav is back in India from UAE in the Indian Premier League: IPL 21

Visit also: BCCI and ECB are seeking permission from UAE authorities to have a capacity crowd for the 2021 T20 World Cup final

One Reply to “KKR’s Nitish Rana says “Thought of stopping Narine once, then realized he was in the zone” in the IPL 2021”