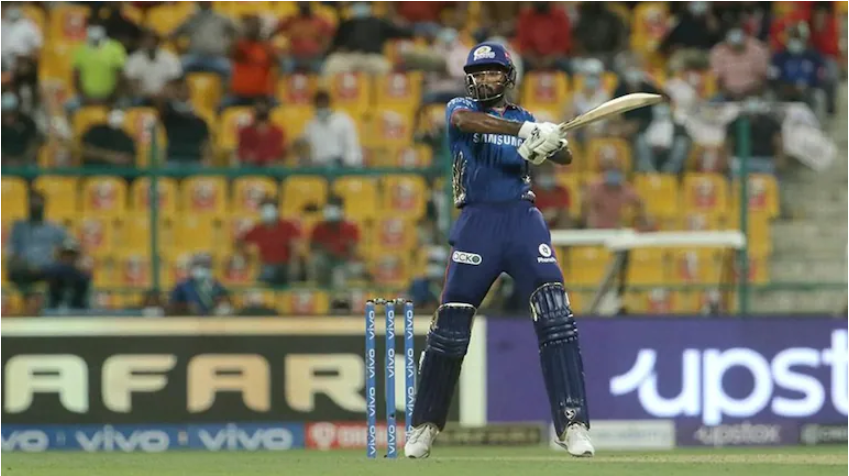 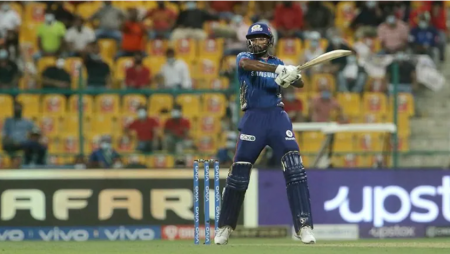 Hardik Pandya showed signs of regaining form against Punjab Kings in IPL 2021 Match 42 in Abu Dhabi. It is completing one of his trademark chases. Thus, Hardik Pandya smashed a 30-ball 40 as Mumbai chased down 136 in 19 overs. To keep their playoff chances alive.

Hardik was under a lot of strain because he wasn’t bowling for the Mumbai Indians and had been missing out on big runs since the start of the year. Since the start of the IPL 2021 in India earlier this year. Hardik had not hit a single 50-plus score in any cricket. The MI all-spot rounder’s in the T20 World Cup squad was being questioned, but he silenced the critics with a premeditated attack against Punjab Kings.

When MI was in trouble in a tough chase of 136 on a slowing pitch in Abu Dhabi, Hardik Pandya joined Saurabh Tiwary. At the start of the innings, he looked scratchy and even received a respite. When PBKS spinner Harpreet Brar knocked him down on 7.

Hardik, on the other hand, made the most of the additional time and accelerated in the dying stages. Then smashing two sixes and four boundaries for a 30-ball 40 not out. To assist MI over the finish line, he joined hands with Kieron Pollard and stitched a quickfire 45-run stand.

“The way he (Hardik) batted, the way he understood the situation was very crucial from the team’s perspective and then obviously for his confidence as well. He took his time and then he knew when to start hitting the ball. It’s important for him to spend some time in the middle. He is coming back from an injury. That was crucial,” Rohit Sharma said.

Mumbai Indians moved up to the fifth place, level on points with Kolkata Knight Riders, who beat Delhi Capitals earlier in the day. Following the wicketkeeper’s dismal run of play this season, MI had to make some difficult decisions, including dropping young Ishan Kishan and including Saurabh Tiwary.